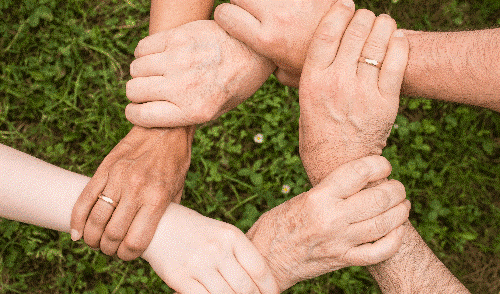 Why Do Organisations Need Teambuilding Programmes?

In the year 2003, Jackson Ng from Master Trainers Consulting and Coaching Sdn Bhd. was invited to train the Malaysian Public Works Department (JKR) on teambuilding. The 4D3N programme comprised JKR support staff, who were initially reluctant to attend and was looking forward to leave. However, as a trainer, Jackson was clear of the objective and outcome of his training programmes. He made a promise to the participants that they will definitely be over the moon at the end of the fourth day. Despite the inadequate facility, Jackson was focused in giving his best to his clients. Throughout the training, the participants gradually opened up and started mingling around. Jackson started to notice the smile on the participant’s faces and they had become more of a family than colleagues.

Most companies question the need for teambuilding programmes. Why do we need to organise teambuilding programmes for our employees? There are basically seven reasons why teambuilding programmes are crucial to any organisation. For starters, the lack of teamwork will immensely affect the company as a whole. In every organisation, its employees come from diverse backgrounds, culture and upbringing. No two people are alike and through teambuilding, it helps to fine-tune the synergy and provides a platform for discovery of a common ground amongst team members. Teambuilding also helps in the sense that it will reduce the likelihood of self-centeredness in the team and encourage people to help one another.

In any organisation, the lack of trust amongst team members will also create a problem. Senior leaders who can’t trust their team will tend to do everything themselves. They do not delegate, empower and lead the team in the right direction, because they do not believe in their team members’ ability to perform. At the end of the day, the leader will be exhausted and drained, slowing down the productivity of the entire team and the business eventually. This will inhibit the growth of the business because very few people are able to do the job. For a company to grow, there must be trust in the team and the people that runs the organisation. Trust is the building block of a solid foundation to a company’s success. Teambuilding sessions would be great to help team members establish trust amongst themselves and identify each other’s strength and weaknesses and see how they can complement one another.

In teambuilding, a company’s culture must also be factored in. One of Master Trainers Consulting and Coaching Sdn. Bhd client, Hilton Hotel Kuching, is a very good example of a company that has a strong organisational culture, which is upheld by every employee in the company. Jackson has trained the staff from Hilton and have had three very successful sessions with them. Jackson was impressed with the strong culture, whereby everyone is just so hospitable towards one another, regardless of rank and position. The reason being, hospitality is the underlying principle that forms the foundation of the Hilton group.

Another benefit of having teambuilding is to reinforce the values of a company amongst fellow employees. Most companies have difficulty demonstrating their organisational values as employees are unable to remember the values. This is not a good sign as it indicates that the values are not being upheld on a daily basis. For instance, is turning up late for work a good value to uphold at the workplace? Suppose that is, performance will suffer as the company will be unable to deliver its promise to customers.

The habit of pointing fingers when things go wrong just to rid oneself from blame is not a healthy practise in any organisation. Big organisations are normally prone to this as there is no one who is willing to take the blame. The reason that this happens in the first place could be contributed to the fact that the employees between departments or sections do not have a bond between them which makes it easy to just push the blame to the other. Through teambuilding, staff and employees within an organisation will have the opportunity to bond and get to know each other better.

Another critical aspect that can be addressed through teambuilding is creating a platform of communication between employees in any organisation. When people are busy in their own department, they have the tendency to not spend the time to get to know each other and this will slow down the promise to deliver good service to customers. This will lead to loss in customer’s trust and eventually affecting the business. Lack of communication or poor communication can cause problems within an organisation.

Last but not least, any organisation lacking synergy between its personnel will benefit tremendously from teambuilding programmes as it will help realign the foundation that constitutes the interaction between fellow employees in any organisation. Any organisation that does not work as a family, talk one language, think one vision and have one heartbeat will have difficulty to stand strong in the face of turbulence. It is critical to excel and everyone must take ownership of this, be it the CEO or the driver. Breakdown in any single department will cause a breakdown in the entire organisation. One bad apple in the organisation will cause a breakdown in the entire company branding.

In any teambuilding trainings, Master Trainer Consulting & Coaching Sdn. Bhd always aim to minimise turnover, job dissatisfaction and improve employee engagement to boost staff morale. Write or call to us and talk about your teambuilding needs. We will be glad to customise the right training for your organisation to aid in your employee’s bonding with one another.